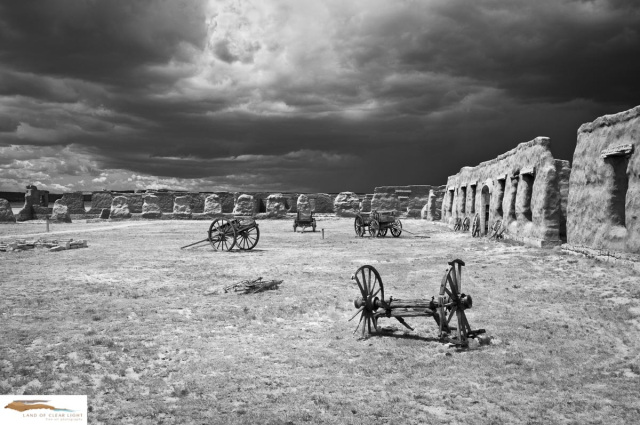 In the movie “Patton”, General Patton growls that compared to war, all mankind’s other activities shrink into insignificance. Thinking of that when I made this photograph of the ruins of Fort Union on the Santa Fe Trail, I remembered Shelley’s Poem “Ozymandias” in which a Pharaoh builds a monument to himself inscribed, “Look on my works, ye mighty and despair”. The height of 19th Century warfare, Fort Union now dissolves into the earth from which it came, melted by thunderstorms like this one. Patton and the Pharaoh were wrong. Mankind has more lasting monuments than war.