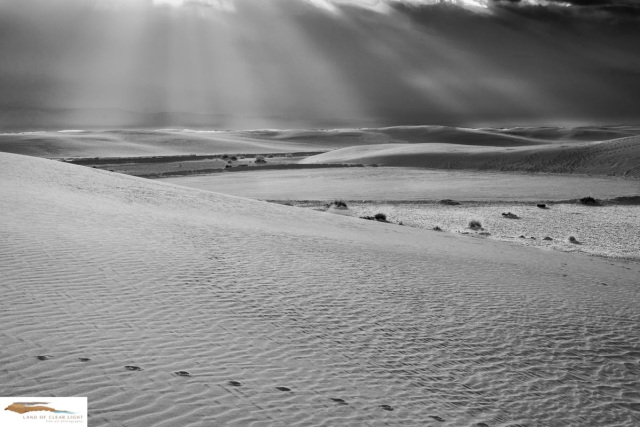 The same storm off the coast of California that provided the sunset depicted in my “White Sands Radiance-1” also contributed to this spectacular sunrise the next morning. People have lived in the area for 12,000 years. Nestled in the Tularosa Basin of southern New Mexico, White Sands National Park sits on the edge of the White Sands Missile Range near battlefields where Victorio and Geronimo battled the Buffalo Soldiers of the U.S. Army. The dune field contains 146,000 acres of gypsum and began forming about 10,000 years ago when its inland lake began to dry.